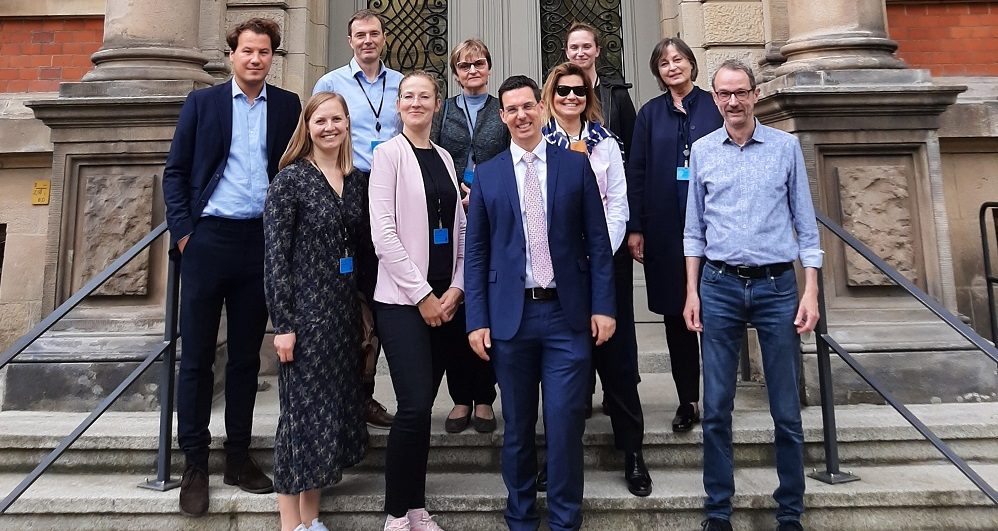 During the periods between the Ministerial Conferences VASAB is steered by the Committee on Spatial Planning and Development of the Baltic Sea Region (CSPD/BSR). The Committee is composed of the senior representatives of the respective ministries as well as of regional authorities of Russia and Germany adjacent to the Baltic Sea (Mecklenburg-Vorpommern and Schleswig-Holstein Lands in Germany, Kaliningrad, Pskov, Leningrad Oblasts and St. Petersburg representing NW Russian regions in Russia).

Until October 2009 the Committee was named the Committee on Spatial Development of the Baltic Sea Region (CSD/BSR). The first Committee met in 1995 in Warsaw. In 1992-1994 similar functions were performed by the Group of Focal Points.

The main purpose of the Committee is to offer a forum for the exchange of knowledge and experience in spatial planning, to support Ministers to create common spatial policy perspective, to promote practical projects and to cooperate with other pan-Baltic organizations.

Rules of Procedure of the VASAB Cooperation are adopted by the VASAB CSPD/BSR on 25 February 2022.

During 1 January 2022 – 30 June 2023 is chaired by Mr. Daniel Meltzian, Germany. Priorities of the Chairmanship are available HERE.

To ensure continuity of actions and prepare CSPD meetings, a Troika format is used. VASAB Troika is composed of the representatives of the previous, present and upcoming holder of the chairmanship.

At the moment Lithuania, Germany and Finland are the members of the Troika.