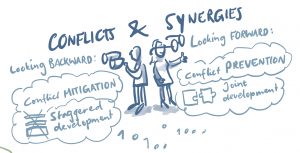 After an introduction by the host Ms Ivana Lukic of s.Pro, Ms Angela Schultz-Zehden also of s.Pro drew on the results of two recent studies to discuss the issue of whether MSP has delivered on the promise to resolve all conflicts at sea as was frequently publicised in the early days of MSP. The two studies are the 2018 EU MSP Platform study showcasing approaches to conflict resolution through MSP, and case studies from the MUSES project that ran between 2016 and 2018 and looked at multi-uses in all European seas, considering not only conflicts but also synergies.

Key findings from the studies suggest that:

The perception of a conflict differs between sectors and individuals, each regarding the relevant issues underlying the conflict differently, depending on their perspective about the environment, sector priorities/needs and risks. No particular sector has been shown to be more prone to conflicts than another, and the manner in which conflicts are resolved depends also on the political priorities in the country.

An important point that was later picked up by Mr Jacek Zaucha of the Maritime Institute of Gdansk was that many of the approaches to resolving conflicts are not spatial, and hence conflicts cannot be resolved with the help of MSP. Other policy and legal instruments become necessary and come into play in such cases. Mr Zaucha observed in this regard that MSP can be useful to make a conflict and a possible solution to it visible to all parties involved, and thereby facilitate the way towards a solution.
Drawing on the experience of the Polish MSP process, Mr Zaucha observed that some conflicts can be resolved by changing the perceptions of people involved. In such cases conflict resolution is more difficult and takes longer time, as it involves changing beliefs and perceptions of those involved. In Poland this has involved intensive awareness raising about what MSP is about with particular stakeholder groups. However, Mr Zaucha observed that vested interests remain a hinder in many contexts, and irrespective of how much stakeholder dialogue is done conflicts may prevail.

Ms Schultz-Zehden also observed that multi-use of the ocean is the opposite of exclusive rights, and that it may involve explicit measures to promote and plan for coexistence, an idea that was also discussed by Ms Nathalie Scheidegger of the Dutch Ministry of Nature, Agriculture & Food Quality. Referring to the work of the Community of practice on multi-use on the ocean – a multi-stakeholder platform involving 160 organisations from different sectors, dedicated to developing practical solutions and sharing experience of multiple use of the ocean – Ms Scheidegger presented some examples of specific blue economy projects based on synergies between sectors. She highlighted the fact that through the community of practice small initiatives are finding ways of collaborating with bigger ones, with mutual benefits.

The relevance of adopting a proactive approach to developing multi-use solutions was also the topic of the intervention by Mr Vincent Onyango of Dundee University. Picking on the idea that where there is conflict there is also opportunities, he presented the case of the provision of offshore renewable energy to berthed ships as an example of how the purposeful exploration of a multi-use opportunity might result in benefits at multiple levels if only stakeholders proactively seek ways of exploring potential synergies. In the example given, offshore wind energy can be used to power berthed ships and excess energy can be used power electric vehicles, with benefits in terms of reducing particle and greenhouse gas emissions, leading to lowered risks to human health.

Mr Andronikos Kafas of Marine Scotland discussed the attempt by the Scottish government to promote fisheries inside wind farms. Despite incentives to wind energy operators, several barriers persist, such as wind energy and fisheries operators having to devote most of their attention and resources to sector-specific matters, inadequate litigation and compensation schemes for combined wind energy and fisheries, and inefficient stakeholder engagement processes that do not enable trust building among the two sectors.

Ms Triin Lepland of the Ministry of Finance of Estonia presented two cases of local pilot marine plans in Hiiu and Pärnu counties. In the latter case the plan for offshore wind development had been ruled against in court because of it going against Natura 2000 regulations in the area, after a complaint files by a local NGO. Drawing on lessons learned from that case government has improved communication about the aims of the plans, and the results of environmental assessments of wind farms in order to avoid future litigation. 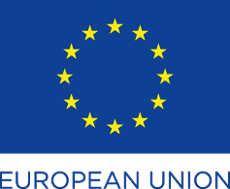 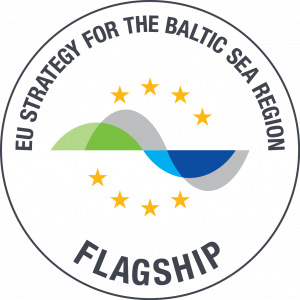 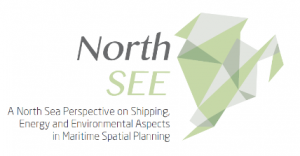